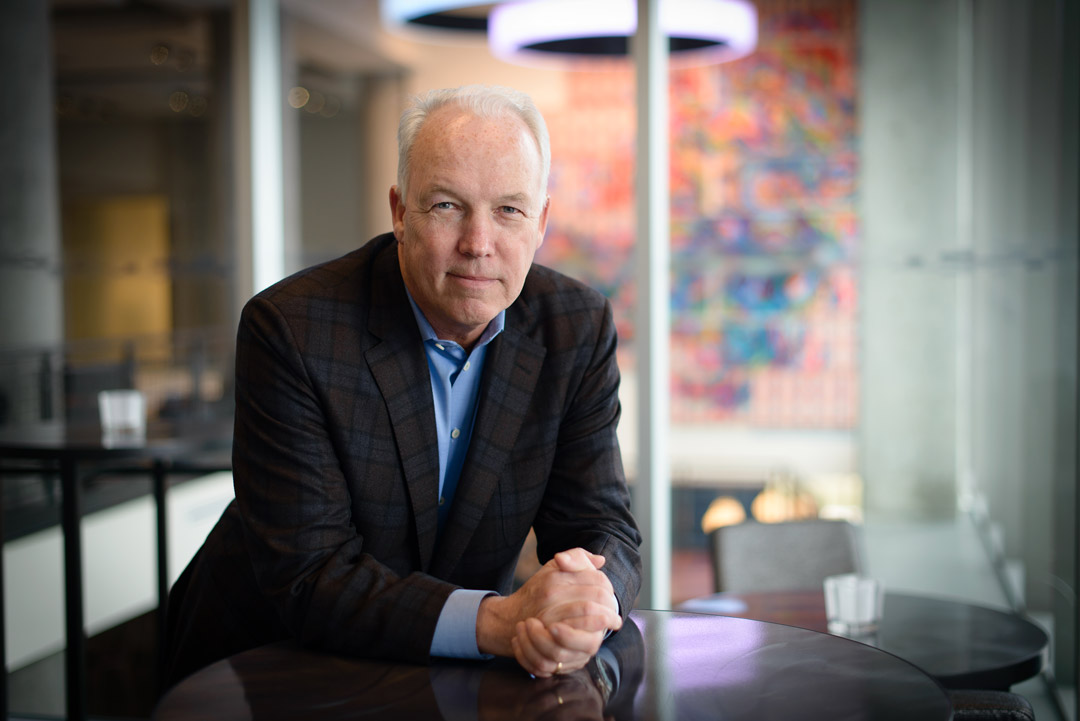 Richard Galvin is the President and Founder of CV Properties, LLC, a Boston-based real estate development and investment firm. Mr. Galvin has over 30 years of experience in acquiring, developing, and managing commercial real estate throughout the United States. Dick has developed and acquired more than 4.5 million square feet of office and residential projects valued at $2.5 billion.

Richard Galvin is the President and Founder of CV Properties, LLC, a Boston-based real estate development and investment firm. Mr. Galvin has over 30 years of experience in acquiring, developing, and managing commercial real estate throughout the United States. Dick has developed and acquired more than 4.5 million square feet of office and residential projects valued at $2.5 billion.

Mr. Galvin left Trammell Crow Company in early 1999 to co-found NeXcomm Capital Partners, whose primary focus was the acquisition and development of technology related office buildings. NeXcomm and its partners acquired and/or developed such signature projects as the Dallas InfoMart, a 1,200,000 SF building and the Los Angeles InfoMart, a 475,000 SF historic renovation of the former US Post Office building in downtown LA.

Mr. Galvin founded CV Properties in 2003 to focus on development activities in New England. Signature development projects include the GTECH corporate headquarters in downtown Providence, RI, the renovation of the former Verizon building located in Post Office Square in downtown Boston, now the headquarters for Brown Brothers Harriman, a new 500,000SF state of the art building for State Street Bank at One Channel Center in Boston and the recently opened Aloft and Element hotels in Boston’s Seaport, the largest hotel project in New England in the last 10 years

Mr. Galvin received his BA in Economics from Brown University, and was inducted into its Sports Hall of Fame in 2002. He is formerly Chairman of the Board of Trustees for Fairfield Wakeman Boys and Girls Club, is on the Board of the Providence Foundation, A Better City, NAIOP, the Laboure Center in Boston, and served as Honorary Chair of the 2014 Renaissance Charter School Gala. Recent awards for Mr. Galvin and CV Properties include received the Developer of the Year Award for 2012, by the Commercial Brokers Association of Boston, Boston Business Journal project of the year in 2012, was inducted, along with CV Properties into the Massachusetts Building Congress Hall of Fame, and won the UMass Boston’s Chancellor’s Medal in 2016. 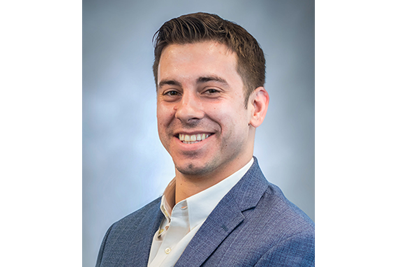 Chris Barrow, Project Finance Associate, is responsible for assisting the President, CFO and various Project Managers in administration, management, and control of various development projects. Since starting at the company in December of 2015, Chris Barrow has overseen financial transactions as well as managed budgeting and cost detail control for all projects.

Chris holds a BA in Management, concentration in Marketing, from UMass Boston, class of 2015. He is also a volunteer (peer counseling member) at Spaulding Rehabilitation Hospital, Greater Boston Chapter of Spinal Cord Injury. 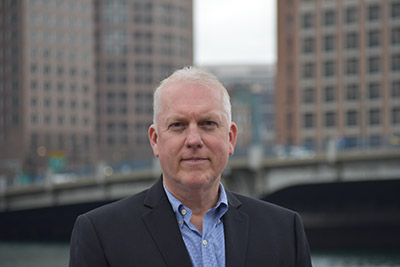 From 1996 to 1997, Sean DeGroat traveled throughout Asia and Europe.

Sean DeGroat received a Bachelor of Science in Finance from the University of Virginia. 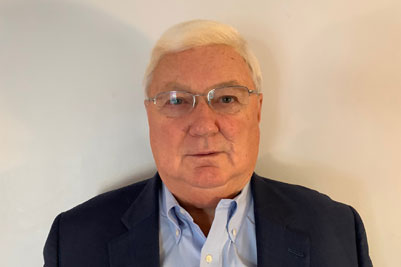 Michael Farley comes to CV with 35 years of real estate experience including over 20 years of providing real estate solutions for the life science industry. Prior to joining CV Michael, served as the Senior Vice President and Head of Asset Management at Brookfield Properties with responsibility for its 2.3 million square foot life science portfolio owned in partnership with MIT and the University of Pennsylvania. Prior to leaving Brookfield Michael helped manage the sale of the portfolio to Blackstone/BioMed at sale price of $3.5 billion. Michael joined Brookfield upon its acquisition of Forest City Enterprises in 2018. He served as Senior Vice President at Forest City for over 18 years with responsibility for the leasing and day to day operations of the company’s life science portfolio which included assets in Cambridge, Baltimore, Philadelphia and Chicago. During that time Michael negotiated leases totaling over 3 million square feet, negotiated the acquisition of MIT’s 50% interest in certain assets and oversaw the repositioning and sale of a former Pfizer plant in Chicago. He was also responsible for managing the relationships with MIT and the UPenn.

Before joining Forest City, Michael served as the Director of Corporate Real Estate for Wang Laboratories. He managed the company’s real estate through a bankruptcy process which included rejecting/renegotiating 190 leases in the US. He also oversaw the real estate component of six acquisitions following the Company’s emergence from bankruptcy. 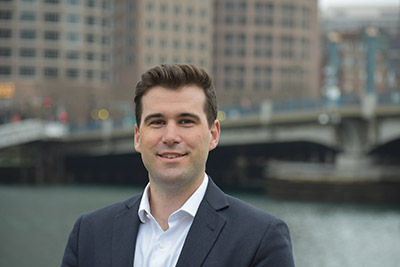 Kevin D. Galvin serves as an Associate Director for CV Properties and is responsible for underwriting CV’s investments, pursuing new investments, and presenting investment opportunities to investors. Since joining CV in 2014, Kevin has also led the permitting, design and construction for general development and capital projects.

Kevin holds a BA in History from Colby College. At Colby, Kevin was the captain of the baseball team and wrote a senior thesis on the history of the Federal Highway Program and its impacts on urban development in the late 20th Century. 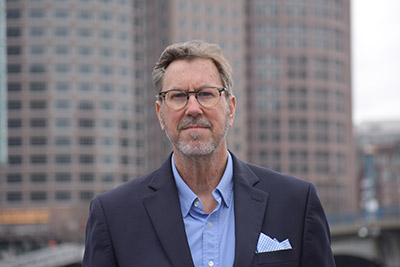 William A. Hoffman, CPA joined the CV Properties team in June 2013 as VP Finance and Operations in the Boston office. He has over 25 years of experience working in the real estate industry. Prior to joining CV Properties, Bill worked as an independent financial consultant providing accounting, tax structuring, and project financial analysis services. He co-founded RealtyGenesis Company LLC, a Boston based, vertically integrated real estate company that engaged in the acquisition and management of income properties in selected markets across the United States. Bill has held senior management positions as CEO of HallKeen Management, Inc., a regional real estate management/investment company based in Norwood, MA, and CFO of Keen Development Corporation, a Cambridge, MA based real estate development company. Bill’s past experience spans a wide range of property types including multifamily, affordable housing, office, hotel and retail. His skills broadly incorporate operations, accounting, finance and taxation matters related to real estate investments. Bill received his undergraduate degree from the University of Massachusetts at Amherst and a master’s degree from Suffolk University in Boston. 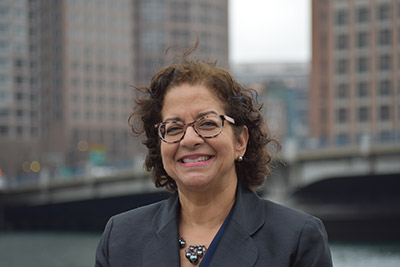 Jill has more than 20 years of experience in economic and workforce development. From 2013-2021, Jill led construction diversity efforts across the Commonwealth of Massachusetts. She ran the Massachusetts Gaming Commission’s workforce and supplier diversity strategy, maximizing opportunities for diverse groups of local residents and small businesses to work and conduct business with the Commonwealth’s three casinos. Jill was responsible for the development of policy, strategy, monitoring and compliance, execution of regular public meetings, and community relations.

She previously served as Senior Director of Programs at The Boston Foundation where she led competitive grantmaking and special initiatives focused on workforce and economic development. Jill also held multiple leadership roles at the City of Boston as Special Assistant to Mayor Thomas M. Menino and at the Department of Neighborhood Development. She also served as Assistant Director for Economic Initiatives at the Boston Redevelopment Authority where she was responsible for the development and execution of key economic development initiatives related to the retention and attraction of businesses in the industrial, commercial, retail, creative and life sciences sectors.

Jill earned a Master of Science and a Bachelor of Arts in from the State University of New York College at Oswego, NY. 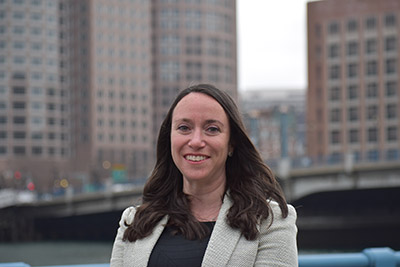 Alexandra Phillips serves as Vice President, Development and is primarily responsible for managing existing mixed-use development projects as well as new project pipeline.  Alex has experience in pre-development activities including permitting, master planning, development feasibility, and more. Prior to joining CV in March of 2020, Alex was a Project Manager in Stantec’s Real Estate Strategies group for nearly 5 years.

Alex holds a BA in Spanish from Emory University, as well as a Master of City Planning and Certificate of Real Estate Development from the University of Pennsylvania. She is an avid skier and sailor. 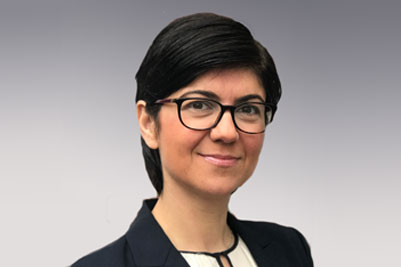 Prior to joining CV Properties, Canan worked as the Director of Infrastructure for the Harvard Allston Land Company at Harvard University where she was responsible for developing the strategic infrastructure master plan, construction feasibility and the resiliency and sustainability aspects of the University’s 36-acre Enterprise Research Campus. Prior to Harvard, she managed the development of the 16M sf Suffolk Downs mixed-use project; acquisition and development of luxury multi-family apartment projects in the Boston area and worked on projects for the for the Commonwealth of Massachusetts, DCAMM to create economic development by the state’s underutilized real estate assets through public-private partnerships. Before transitioning to real estate development, Canan worked as an architect at Elkus Manfredi Architects in Boston managing and designing a variety of project types such as multi family, office, lab, retail and hospitality, locally and nationally.

Canan Safar graduated from MIT with a master’s degree in Real Estate Development and she holds BA in architecture from Yildiz Technical University in Istanbul. Canan is certified by the U.S. Green Building Council as a LEED accredited professional (LEED AP BD+C). 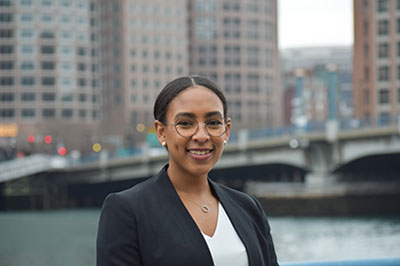 Kelly Taylor serves as a Development Associate for CV Properties and is responsible for underwriting, permitting, design, construction, and general development of all of CV’s project. She joined CV Properties in August of 2019. In the summer of 2018, Kelly participated in the CREST Internship Program, the successor program to CVP Academy. 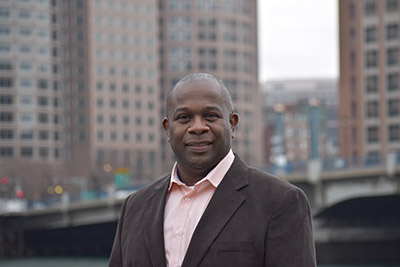 Andy Felix has more than 25 years of experience in the construction/real estate industry working on over $1.4 Billion of projects in the Education, Transportation, Municipal, Commercial, Housing, Laboratory, Museum and other Specialty sectors. He has served many private and public Clients for the first 18 years of his career as a construction manager while at Skanska USA Building Inc. and then Shawmut Design and Construction, and most recently was an Owner’s Representative working at Hill International, Inc. prior to joining CV Properties, LLC. He has experience in all phases of a project, from design concept/feasibility thru closeout. Highly motivated, with stoic leadership and interpersonal skills, Andy builds confidence with Clients and Project Teams.

Accordia Partners, LLC (MBE) was formed in September 2014 with the intent of pursuing large, complex, urban real estate development projects within Boston. Accordia’s principals, Kirk Sykes and Richard Galvin, have a combined 60 years of development experience in the Boston-Area market.  A core component of Accordia’s mission is to leverage the scale of these urban projects in order to increase the level of inclusion and diversity within the real estate, design, and construction industries.  Accordia’s holistic approach to development creates opportunities in equity, employment, and education for all of Boston’s citizens.